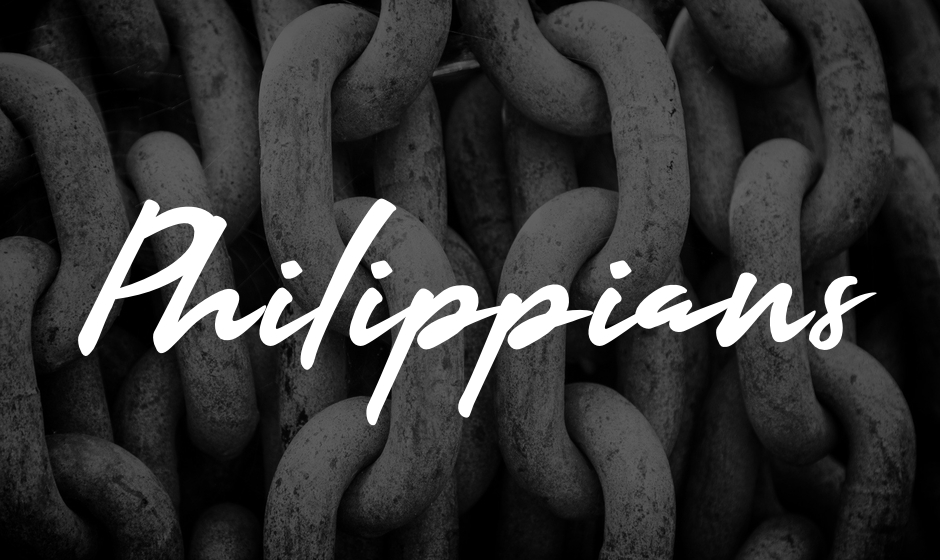 We’ve been talking about joy and how you find it. The irony is that joy itself isn’t found when you seek it. It’s a result of living out God’s purpose for you. And that purpose is wrapped up in advancing the good news in the world. To be a follower of Christ and to know the joy of that relationship requires everything from you. You can’t attach Christian faith to the life you’re already living. Christianity isn’t an ID card that you carry in your pocket. The good news is that Jesus Christ has risen from the dead and thus declared the Son of God, the King over all creation. And if he’s king, nothing else in your life can take precedence. He demands your total allegiance. While that may sound daunting, it’s a good thing because he is a wise, benevolent, and generous king. You won’t find one better in this world.

As we come to chapter 2 we find Paul referencing joy yet again. He speaks of “completing his joy by being of the same mind, having the same love, being in full accord and of one mind.” He’s speaking about our togetherness. You and you and you and you are meant to be bound up together. The church becomes family. But it becomes more than the average family. The average family, while growing up together tends to grow apart. Forces in society tear at them, woo them, influence them. But the Church is a family that is meant to grow together, and as it does, the pressures from society are defanged. But more than that, it is part of our joy equation. By being together, we complete Paul’s joy.

So, how do you grow together? You do it by counting others more significant than yourself. That’s it! You look after the interest of others. How do you do that?

To be of the same mind with those in your church family, you must “do nothing out of selfish ambition or vain conceit.” Ambition itself isn’t a bad thing. Selfish ambition is a bad thing. Selfish ambition is ambition that seeks your own advancement, your own glory. The reason this works against your joy is that it comes at the cost of the ambition of the church. Not only that, but it cuts you off from the source of your joy. If joy is a result of the success of the kingdom, then working to another end cuts you off from that joy. It has you looking for it from something else.

What’s interesting is that it is possible to preach Christ out of selfish ambition. And while those who long to see Christ preached can rejoice in this (as Paul does in chapter 1), it works against the one preaching it. In other words, you can behave like a Christian for all the wrong reasons. Think of it like this. When you play a team sport, the ultimate goal is to see the team win. When the team wins, you win. Take for example your favorite football team. When they win, you feel a sense of elation. There is a sense of joy in that. When the team loses, you feel the loss. It hurts. It’s hard to explain why it hurts, but it does. It’s a little different when you’re on the team, or you have a child on the team. Suddenly, there is a higher priority. While you want the team to win, more than that you want to shine. You want to be the one to score the goal, the run, the sack, etc. It’s a constant battle for every coach, getting your players to buy into the team first mentality. But when you do, you find a glory far greater than your own personal glory. It raises you up with it. The irony is that when you seek your own glory first, it comes back to bite you. While fans appreciate a great player, that player’s shine gets tarnished when they become selfish with the ball. Instead of loved, he becomes hated. The very thing he wanted to avoid.

How about at home. Parents can sometimes parent so that they look good. It’s a temptation for every parent to want his children to be behaved so that others will think highly of his or her parenting skill. When your motive tips the wrong way, it can cause you to react in negative ways to your child when he messes up. Instead of stepping into his problem with him, there is a temptation to distance yourself.

This is hard? How do you do it?

Let’s keep reading. You count others more significant than yourself. You look to his interest aheadof your own. Now we’re getting into impossible territory, at least on your own. But the Christian has something that others don’t. Do you see it? It’s in verse 5. You have the mind of Christ. This way of thinking, this mindset, is yours in Christ.

What is this mindset, exactly?

4 Let each of you look not only to his own interests, but also to the interests of others. 5 Have this mind among yourselves, which is yours in Christ Jesus, 6 who, though he was in the form of God, did not count equality with God a thing to be grasped…

Jesus provides the ultimate example in the way he considered himself. He did not claim his rights as God in his purposes on earth. He shows us the mind of a man, how man was intended to be when he says, “he did not count equality with God a thing to be grasped.”That is what it means to be human. While Jesus IS God, man is not. Here, Jesus is acting as a man, showing us how a man considers himself, and it is with humility. This does not mean that he is to think less of himself. Simply put, man is NOT God, and so he should stop trying to put himself above everyone else. Humility is having a proper understanding of who you are. That’s the first thing.

The second is to go further. Jesus not only did not consider equality with God something to be grasped, but he took the form of a servant.

7 but emptied himself, by taking the form of a servant, being born in the likeness of men. 8 And being found in human form, he humbled himself by becoming obedient to the point of death, even death on a cross.

Now, it’s important to see what, exactly, he is a servant of. He doesn’t think low of himself and so bow to everyone else’s whims. He bows to the interest of others, in particular, the greatest interest, which was their salvation. His humility led him to the cross.

There is a sense in which your humility will do this too. You are to look to the interest of others, the greatest interest that is, and serve others toward their rescue. This is not necessarily appreciated by those you serve. Humility doesn’t mean serving a person in the way they want to be served, necessarily, so that they will love you. Sometimes you serve a person by gently confronting them with their sin. That doesn’t always win friends.

Now we need to see how the gospel actually empowers us to do this. There are some key words that come into play that will show us how.

The first is found in verse 3 and shows us the reason why we have such trouble being humble, so much trouble letting go of selfish ambition. It’s from the root word, κενοδοξία. It’s translated “conceit” in the ESV. It’s a combination of the wordκενοsand δοξα. Translated literally, these words mean “empty” and “glory.” Paul says don’t do anything out of selfish ambition or conceit. These two terms help to explain one another. What’s interesting is that when we think of conceit we think of someone who is full of himself. That’s the way we would put it in conversation, “my, isn’t he full of himself.” But that’s actually the opposite of what conceit means. Doing something out of conceit is to do something out of an emptiness. It is to feel this emptiness and seek desperately to fill it. He is “empty of glory” and therefore his ambition is directed to filling up the self. Do you see?

So the only real way to act in true humility is to have this problem solved. How do we find fullness?

The second key word shows us the answer. It’s found in verse 7 and is very similar in the Greek. It’s from the same root. In verse 7 Paul says that Jesus “emptied” himself. It’s the Greek word ekenosis. It’s the opposite of acting out of conceit. What glory Jesus had, he emptied himself of it so that he might take the form of a servant. This is the first piece of the gospel. Jesus became what we are—empty of glory—in a sense. This is the incarnation. This was the only way that he could get to the cross as our substitute. He had to be made like us in every way, as the writer of Hebrews says. He had to be a true substitute. Only as a true substitute could the justice of God be satisfied. Example…

The result of this emptying of himself led to his exaltation. This is what we read about in verse 9 and following.

9 Therefore God has highly exalted him and bestowed on him the name that is above every name, 10 so that at the name of Jesus every knee should bow, in heaven and on earth and under the earth, 11 and every tongue confess that Jesus Christ is Lord, to the glory of God the Father.

While we usually talk about the cross as the means by which God is able to forgive our sin, here Paul is writing about the cross as our example. The way to exaltation, to gain a name of glory, passes through the cross. It means emptying oneself on purpose of any glory we might think we have (which is none), and setting aside all ambition to gain some in this world. The only glory that will fill us is the glory that we share with Christ.

This is a radical notion. It was radical in Paul’s day just as it is radical today. The path to glory comes through humility. And humility works itself out in putting other’s interests ahead of your own.

Let’s apply this. Letting go of ambition for things to fill you up in this world has another name—humility. Lewis defined humility not as thinking less of yourself, as we tend to do, but thinking of yourself less. Keller explains this with an analogy about a body part. If everything is fine with your elbow you don’t typically walk into a room and say, “wow! Today my elbow feels great!” We would intuit that there must have been something wrong with it yesterday, otherwise you wouldn’t notice it at all. That’s a healthy person’s ego. It doesn’t need attention because it’s full. It’s healthy. Jesus gives us that fullness by giving us the glory he emptied himself of. Do you see?

By the way, you can’t work on humility—not directly. Because if you do, you’re once again focusing on yourself. The only way to stop focusing on yourself is to focus on something else. That’s what this passage—and the gospel—is helping us to do. It’s drawing our attention to the wonder of God’s love, on display in the person of Jesus Christ. It’s calling our attention to the glory of Christ.

What is the secret to joy and contentment? Paul shows us that joy is not something to be pursued, but something to experience when you pursue what God has designed you to pursue.