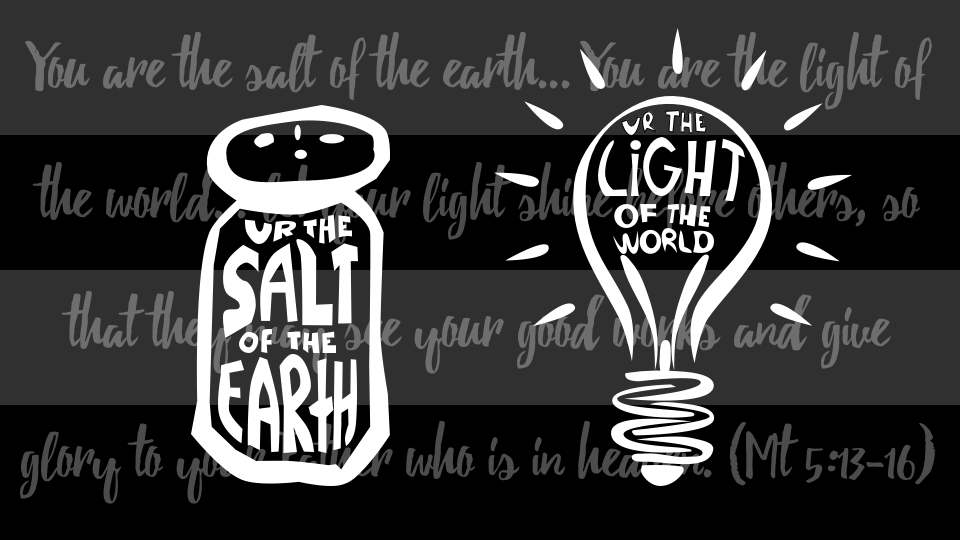 I can’t remember a time in our country where there has been such vitriol towards those who don’t agree. Civility has left the building. It’s disheartening. Part of me wants to turn off all sources of news and take a vacation from social media. Part of me wants to put a clamp on my tongue so that no one knows where I stand on things. I don’t want to be the target of the spewing hatred. Another part of me wants to spew condescending words right back.

Neither of these would fix anything. Spewing my anger might make me feel better, but it certainly won’t help anyone. It would just fuel the anger. I might as well throw gasoline on a fire as it burns the house down. Being silent won’t help anything either. That’s like seeing a neighbor’s house burning down and doing nothing to stop it.

We must speak. This is what Jesus explains in the Sermon on the Mount. “You are the salt of the earth.” Salt was used to preserve meat from rotting. “You are the light of the world.” Light drives out the darkness so that we might see the way things truly are.

Grace and Truth in the Cultural Divide

Instead of choosing a side in the cultural divide of our country, let’s look at the issues through a Biblical lens. Jesus came full of grace and truth and invites us, as followers, to do the same.